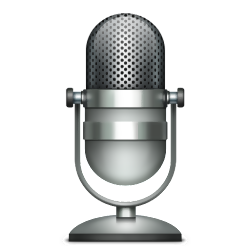 You can consider this tutorial as a consequence of my earlier html5 audio API tutorial. In this tutorial, we will see, how to control the audio with jQuery. This is handy if you are about to develop a dynamic application that make use of several audio media and want to control them from your jQuery script efficiently. Lets start rolling!

How Far We Can Control?

So, if you have N number of audio files on a single page, and instead of letting user dealing with N audio players, you can give it an efficient interface and control what to play/stop etc with jQuery.

END_OF_DOCUMENT_TOKEN_TO_BE_REPLACED

Lets use the following code as our HTML5 code for the audio media:

We have kept two media, because of compatibility issue on browsers, so that alternative one being loaded.

as you can see on the above HTML5 code, we have set the “preload” option to “none”, which means, no information about the audio file will be loaded on page load, neither the audio file nor any metadata. We will do them by ourselves from jQuery to boost the page load performance. Lets use the following code to load the audio:

We can also add event listener to know when its loaded. However, the event will be triggered immediate after the metadata loaded and audio starts loading. But it won’t wait till the audio loads in full, which usually loads on demand. To do something after the loading, use the following code before triggering the load event:

Start playing audio and to pause it is fairly easy to handle, just need to trigger corresponding events as below:

However, there is not ready event to stop an audio, so we will need to do it with help of ‘pause’ event and another property named “currentTime”, which indicates the current playing time. Here is what will do to stop:

Default HTML5 player doesn’t provide these facility, but we can easily make such functionality with a little jQuery code. Here is a small example code to do so:

Audio player has its own “volume” properly which can be controlled with jQuery as below:

We need to keep checking whether volume reaches its largest or minimum value, otherwise JavaScript exception error will be thrown.

We can instantly make an audio off and turn on to its earlier volume level easily with use of “muted” property. See the example code below, which actually toggle current mute state: